No trip would be complete without at the very least a stroll through the Red Light District.  Before I begin, I’m going to say up front that I didn’t pay for any prostitutes.  Thought about it.  But didn’t.

The Red Light District was relatively difficult to find at first because we weren’t totally clear on the “area” that all the guidebooks were telling us.  So when we arrived at a side street with only 4 or 5 windows, I was at first not all impressed and thinking to myself, “THIS is it?”  Then we turned the corner.

Up and down the canal were dozens and dozens of women in glowing red windows.  Interspersed with the actual prostitutes were several theaters showing weird sex shows.  The prices from what I understand are about 50 euros for 15 minutes, 100 euros for 30 minutes, and so on and so forth.  The price is however negotiated beforehand and varies based on the race, age, etc. of the prostitute.  Obviously taking pictures is a huge risk so I really couldn’t get that many photos in.

My biggest overall reactions/takeaways from the stroll through the Red Light District were this:

1) I was surprised at how clean it was.  Don’t get me wrong, plenty of dirty shit was going down on that street behind the curtains.  But in terms of walking around, I absolutely thought it was going to be like Bourbon Street in New Orleans — dirty, smell of vomit and beer, drunk people sloppily all over the place, lots of noise.   It was quite the opposite; it was clean, everyone was pretty reserved, and there was a general understanding of “don’t be that douche” atmosphere in the air.

2) The prostitutes were actually not that unattractive.  I’m not sure why I was picturing that they would all be relatively gross, but in general, these women were all pretty good looking.

For a more traditional night out, I would highly recommend Club Escape in Rembrandt Square.  Again, this was a suggestion from the bartenders at NJOY and it didn’t disappoint (though amusingly our first impression was one of “What the fuck?” because there was security guard putting a headlock on a clubber immediately as we walked through the metal detector).  The night we were there it was a 16 euro cover and the party really got going around 12:30 AM.

I’m not a huge clubbing guy, but this place makes it almost impossible not to have a good time.  The main electronic dance music hall (EDM) featured a phenomenally good female vocalist and saxophonist (be sure to scroll down to watch more video of those two) who performed center stage in the middle of the club.  It was awesome.  The music was a great mix of classic 90’s dance tunes, modern EDM, and a bit of 80’s hip hop thrown in.  There’s also a side, smaller room upstairs that’s dedicated purely to hip hop. (Note: depending on what’s on the line-up each particular evening these types of music are subject to change obviously).  And aside from the dude who got thrown out when we first came in, the crowd was the right amount of enthusiastic, but not out of control.  Club Escape’s a great place to go until the wee hours of the morning. 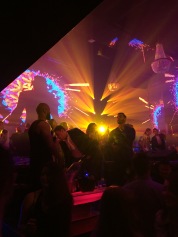 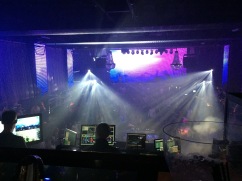 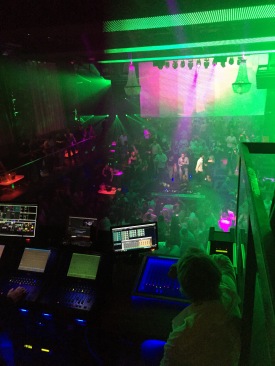 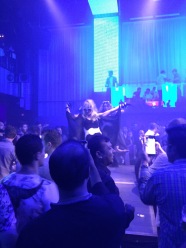 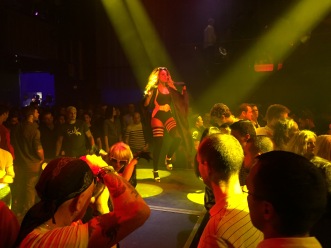